Fort Bragg is one of the largest military installations in the world with a population of around 54,000 military personnel. Located in North Carolina, it houses Special Forces, the Airborne Corps, and the Joint Special Operations Command.

In the past 18 months, Fort Bragg has lost over 80 soldiers due to "sudden" and/or "unexplained deaths". Officials at the base stopped counting the deaths in June of 2021.

This is not the only medical anomaly we have seen in the military in the years following the COVID-19 pandemic. After the COVID-19 vaccine protocol was mandated for military personnel, the number of medical issues reported within the military spiked to 22 million in the first 10 months of 2021. That is a 1,000 percent increase from the 5-year average prior to the mandate.

Many of the issues reported consisted of vaccine-like injuries including, Bell’s palsy, myocardial infarction, pulmonary embolisms and neurological disorders. A sworn declaration from one of the military doctors stated, “It is my professional opinion that the major increases incidences of the above discussed instances of miscarriages, cancers, and disease were due to COVID-19 ‘vaccinations.'” 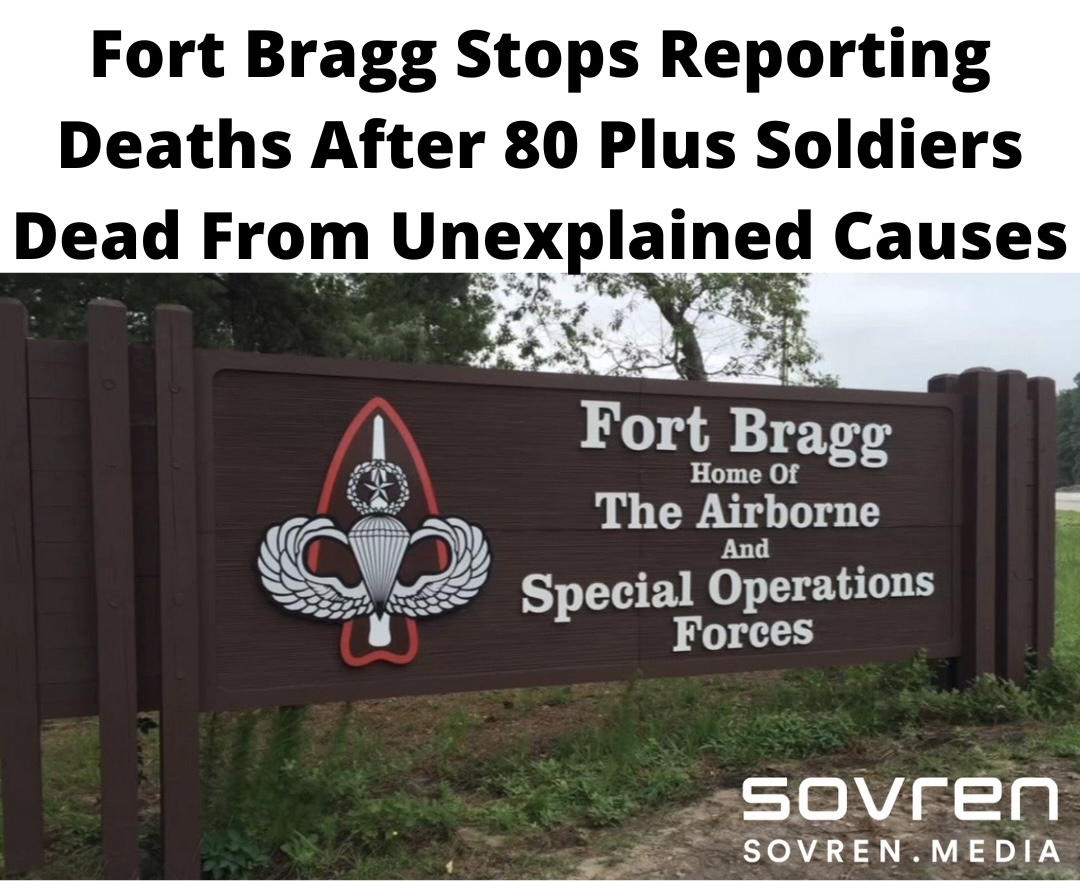