The 75th World Health Assembly (WHA) meeting was held last week in Geneva, Switzerland. During the assembly the Biden administration presented 13 proposed amendments to the International Health Regulations (IHR) that would empower the World Health Organization (WHO) to declare a “public health emergency” for any reason and essentially sign over our nation's sovereignty. The attempt to sellout our republic failed.

Delegates from nations around the world like Australia, the United Kingdom, the European Union and the United States spoke in support of the amendments urging others to join. Africa, Brazil, Brunei, Namibia, Bangladesh, Russia, Malaysia, India, China, and Iran objected to the proposed amendments. Both Russia and Brazil's delegates made references to exiting the who altogether. 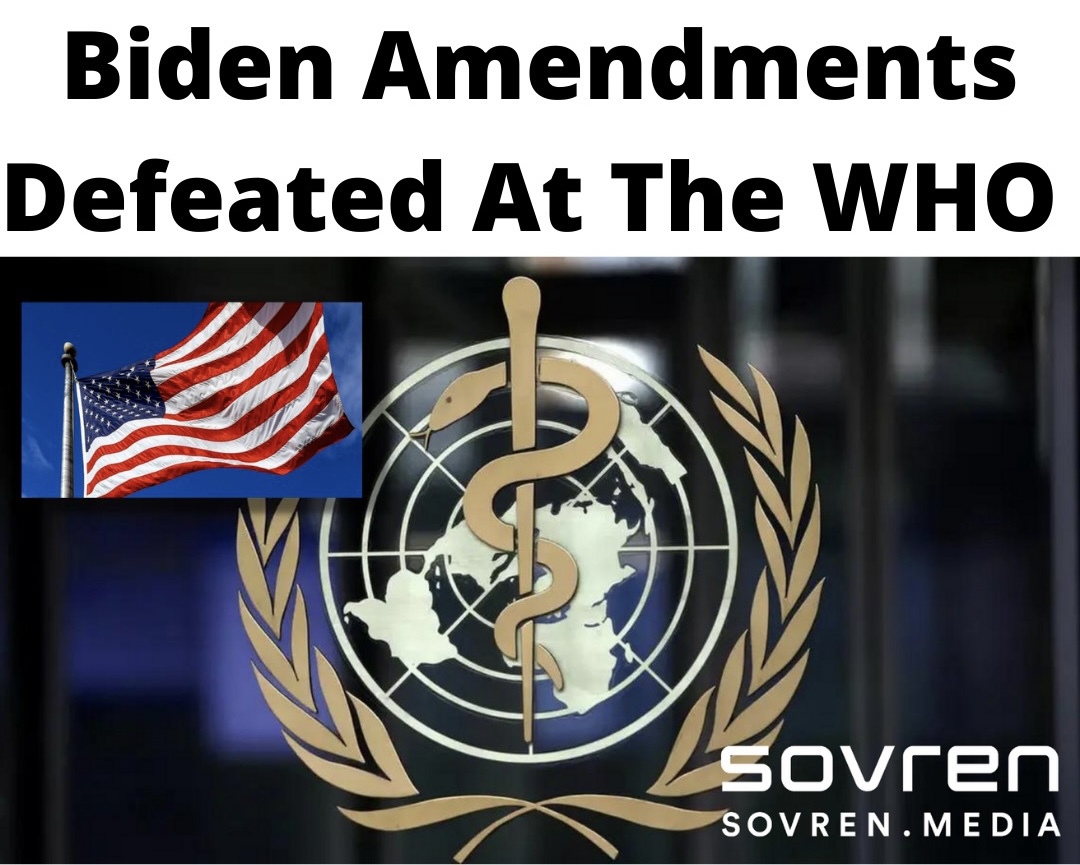