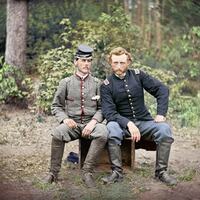 We, the people of the United States, in order to form a more perfect Union, establish justice, insure domestic tranquility, provide for the common defense, promote the general welfare, and secure the blessings of liberty to ourselves and our posterity, do ordain and establish this Constitution for the United States of America.

Confederate Constitution created the Confederate States of America on March 11, 1861.

Article IV enslaved everyone who was not privileged permanently everywhere in the CSA with no where to ever go to live a free life. The CSA was kind of like today's USA without the actual chains.

The CSA government, with the backing of the British Monarchy, waged war on the U.S.A. unofficially on January 9, 1861 when the South Carolina militia bombarded an unarmed merchant ship, loaded with supplies and American soldiers, "The Star of the West" while flying the American flag off the coast of South Carolina. Again... the S.C. militia tried to sink the unarmed American ship off the coast of South Carolina. They officially waged war on America on April 12, 1861 by bombing American soldiers, flying an American flag in United States owned Fort Sumter ... "to get the war started".

Preamble
We, the people of the Confederate States, each State acting in its sovereign and independent character, in order to form a permanent federal government, establish justice, insure domestic tranquillity, and secure the blessings of liberty to ourselves and our posterity invoking the favor and guidance of Almighty God do ordain and establish this Constitution for the Confederate States of America.

Sec. 2. (I) The citizens of each State shall be entitled to all the privileges and immunities of citizens in the several States; and shall have the right of transit and sojourn in any State of this Confederacy, with their slaves and other property; and the right of property in said slaves shall not be thereby impaired.

(2) A person charged in any State with treason, felony, or other crime against the laws of such State, who shall flee from justice, and be found in another State, shall, on demand of the executive authority of the State from which he fled, be delivered up, to be removed to the State having jurisdiction of the crime.

Sec. 3. (I) Other States may be admitted into this Confederacy by a vote of two-thirds of the whole House of Representatives and two-thirds of the Senate, the Senate voting by States; but no new State shall be formed or erected within the jurisdiction of any other State, nor any State be formed by the junction of two or more States, or parts of States, without the consent of the Legislatures of the States concerned, as well as of the Congress.

(2) The Congress shall have power to dispose of and make allneedful rules and regulations concerning the property of the Confederate States, including the lands thereof.

(4) The Confederate States shall guarantee to every State that now is, or hereafter may become, a member of this Confederacy, a republican form of government; and shall protect each of them against invasion; and on application of the Legislature or of the Executive when the Legislature is not in session) against domestic violence. 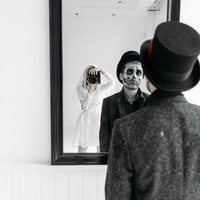 I found these claims in reply to my comments at
cynthiachung.substack.com/p/why-russia-saved-the-united-states/comments
My bias is truth.

Everything Voluntary Jack
Writes Jack’s Responsibly Free News Le…
Dec 13
To add to The Happy Napster’s citing DiLorenzo and to correct even more Cynthia’s and Warren’s and Master Jack’s bias for Lincoln as Liberator rather than Dictator:

DiLorenzo and His Critics on the Lincoln Myth Mises.org 04/15/2003 James Ostrowski https://mises.org/library/dilorenzo-and-his-critics-lincoln-myth

Ken Masugi is partially right about Tom DiLorenzo’s book, The Real Lincoln: A New Look at Abraham Lincoln, His Agenda, and an Unnecessary War (2002). It is "awful"—"awful"ly good, even great. Tom DiLorenzo has completely and irrevocably destroyed the myth, the legend, the fable, the fairy tale--the tall tale of Abraham Lincoln, American’s first military dictator and its first Presidente after the violent regime change of 1861.

Before discussing the reviews and reaction, let’s review DiLorenzo’s findings. He makes about 71 discrete factual, legal, political, or moral accusations or allegations against or about Lincoln or his subordinates as follows:

3. Opposing giving blacks the right to vote, serve on juries or intermarry while allegedly supporting their natural rights.

5. Supporting the legal rights of slaveholders.

7. Supporting a political economy that encourages corruption and inefficiency.

8. Supporting a political economy that became the blueprint for modern American.

9. Being a wealthy railroad lawyer.

11. Defending a slaveholder against his runaway slave.

12. Favoring returning ex-slaves to Africa or sending them to Central America and Haiti.

14. Opposing the extension of slavery in the territories so that "free white people" can settle there and because allowing them to become slave states would dilute Republican influence in Congress because of the three-fifths rule.

15. Opposing black citizenship in Illinois or their right to immigrate to that state.

16. Failing to use his legendary political skills to achieve peaceful emancipation as was accomplished elsewhere--Lincoln's war was the only "war of emancipation" in the 19th century.

17. Nullifying emancipation of slaves in Missouri and Georgia early in the war.

18. Stating that his primary motive was saving the union and not ending slavery.

20. Sending troops into New York City to quell draft riots related to his emancipation proclamation, resulting in 300 to 1,000 deaths.

21. Starting a war that took the lives of 620,000 soldiers and 50,000 civilians and caused incalculable economic loss.

22. Being an enemy of free market capitalism.

23. Being an economic illiterate and espousing the labor theory of value.

24. Supporting a disastrous public works project in Illinois and continuing to support the same policies oblivious of the consequences.

25. Conjuring up a specious and deceptive argument against the historically-recognized right of state secession.

27. Refusing to see peace commissioners from the Confederacy offering to pay for all federal property in the South.

28. Refusing to see Napoleon III of France who offered to mediate the dispute.

29. Provoking Virginia to secede by taking military action against the Deep South.

30. Supporting a tariff and other policies that systematically redistributed wealth from the South to the North, causing great consternation in the South.

31. Invading the South without consulting Congress.

36. Tolerating their subjection to inhumane conditions in prison.

37. Systematically attacking Northern newspapers and their employees, including by imprisonment.

40. Ignoring the Ninth and Tenth Amendments.

41. Tolerating the arrest of ministers who refused to pray for Lincoln.

42. Arresting several duly elected members of the Maryland Legislature along with the mayor of Baltimore and Maryland Congressman Henry May.

44. Supporting a law that indemnified public officials for unlawful acts.

45. Laying the groundwork for the establishment of conscription and income taxation as permanent institutions.

46. Interfering with and rigging elections in Maryland and elsewhere in the North.

48. Preventing opposition newspapers from being delivered by the post office.

49. Illegally creating the state of West Virginia out of the "indestructible" state of Virginia.

50. Tolerating or supporting mistreatment of citizens in conquered territory.

51. Taxing those citizens without their consent.

52. Executing those who refused to take a loyalty oath.

57. Allowing an unjust mass execution of Sioux Indians in Minnesota.

58. Engineering a constitutional revolution through military force which destroyed state sovereignty and replaced it with rule by the Supreme Court (and the United States Army).

59. Laying the groundwork for the imperialist and militarist campaigns of the future as well as the welfare/warfare state.

60. Creating the dangerous precedent of establishing a strong consolidated state out of a decentralized confederation.

61. Effectively killing secession as a threat, thus encouraging the rise of our modern federal monolith.

62. Waging war on civilians by bombing, destruction of homes, and confiscation of food and farm equipment.

63. Tolerating an atmosphere which led to large numbers of rapes against Southern women, including slaves.

65. Promoting a general because of his willingness to use his troops as cannon fodder.

66. DiLorenzo blames Lincoln for the predictable aftermath of the war: the plundering of the South by Lincoln’s allies.

67. Supporting government subsidies of the railroads leading to corruption and inefficiency.

68. Supporting a nationalized paper currency which is inherently inflationary.

69. Creating the federal tax bureaucracy and various taxes that are still with us.

70. Establishing precedents for centralized powers and suppression of liberties that continue to be cited today.

71. Ending slavery by means that created turbulence that continues to this day.

THE FIRST DEFENSE—SHOOT THE MESSENGER

Thus, DiLorenzo makes over seventy separate allegations against or about Lincoln or as part of his overall case against Lincoln. (Perhaps I missed a few or possibly there is a little duplication in my list.) What do DiLorenzo's reviewers say about these allegations? Very little. Instead of dealing with these charges, his opponents spent most of their efforts attacking a few citations. The only such alleged error that is anything other than a technicality or difference of opinion concerns Lincoln’s racism.” 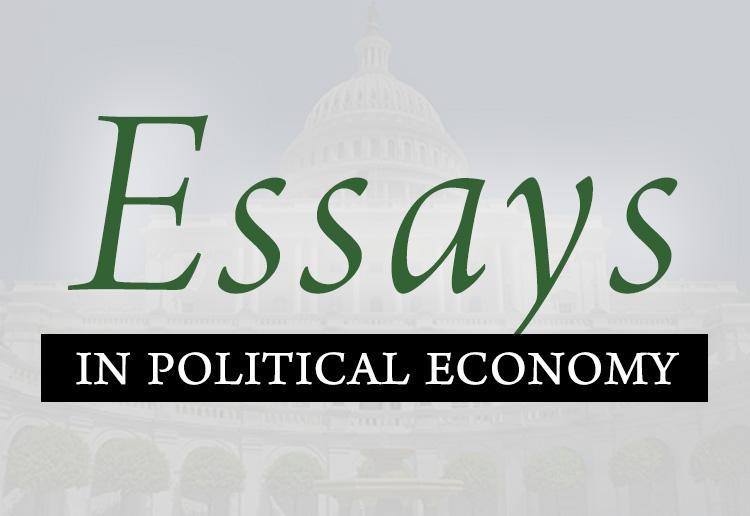 DiLorenzo and His Critics on the Lincoln Myth | James Ostrowski

"Lincoln was a typical example of the humanitarian with the guillotine: a familiar modern 'reform liberal’ type whose heart bleeds for and yearns to 'uplift' remote mankind, while he lies to and treats abominably actual people whom he knew." ---Murray RothbardMurray Rothbard, "America’s Two Just War

During America's Civil War, Russia came to the aid of free Americans and defended against the British monarchy's support of the CSA. Lincoln's defense of free people the world over was saved by Russia.

Thus, let us hearken to the words of Lincoln, who in a debate with the slave power’s champion Stephen Douglas, said:

“That is the issue that will continue in this country when these poor tongues of Judge Douglas and myself shall be silent. It is the eternal struggle between these two principles – right and wrong – throughout the world. They are the two principles that have stood face to face from the beginning of time, and will ever continue to struggle. The one is the common right of humanity and the other the divine right of kings.”

WHY Russia Saved the United States: The Forgotten History of a Brotherhood

“Whenever the government of the United States shall break up, it will probably be in consequence of a false direction having been given to public opinion. This is the weak point of our defences, and the part to which the enemies of the system will direct all their attacks. Opinion can be so perverted as to cause the false to seem true; the enemy, a friend, and the friend, an enemy; the best interests of the nation to appear insignificant, and trifles of moment; in a word, the right the wrong, and the wrong, the right. In a country where opinion has sway, to seize upon it, is to seize upon power. As it is a rule of humanity that the upright and well-intentioned are comparatively passive, while the designing, dishonest and selfish are the most untiring in their efforts, the danger of public opinion’s getting a false direction is four-fold, since few men think for themselves. 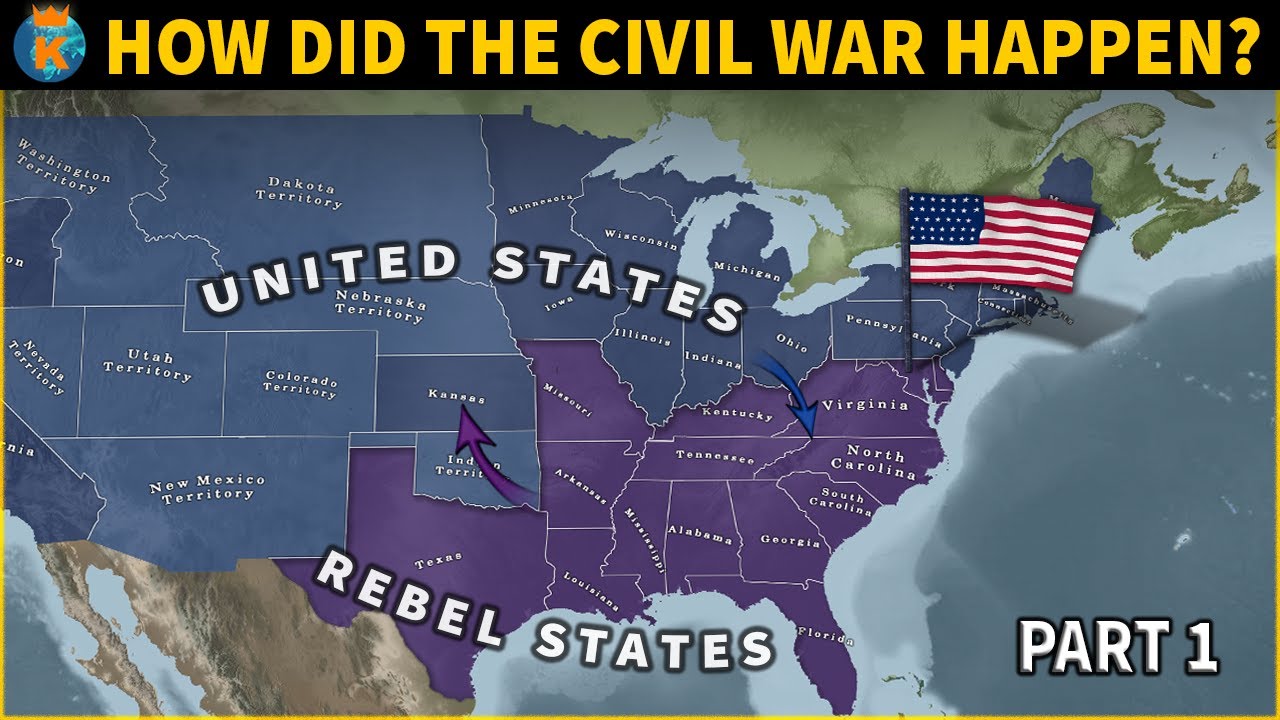