Bring Our Troops Home is a veterans advocacy organization founded in 2019 by Sgt. Dan McKnight. We believe in upholding our oath to the U.S. Constitution, putting America First, and representing the supermajority of military veterans who believe we should bring our troops home from these endless wars in the Middle East.

Announcing the Winner of Our Christmas Gun Giveaway

It’s not every day I get to play Santa Claus and give out high-powered toys to our generous supporters. But after more than a month of waiting, I’m here to announce the winner of our end of the year gun giveaway.

One stupendously lucky member of the Ten Seven Club is going to wake up Christmas morning with this incredible Springfield Armory Saint Victor AR-15 Rifle under their tree. I’ll even tie the bow myself.

And the winner is…Robert of Rockville, Maryland! Your holiday season just got a little merrier.

Congratulations to Robert, and thank you to everyone who signed up for Ten Seven Club membership. We were able to fundraise some great money from this raffle that’s going to go a long way in bringing our troops home.

My team and I are speaking with state legislators across the country every day, lobbying, coordinating, and planning for our upcoming “Defend the Guard” blitz.

The goal is to hit all fifty states in 2022, and we are on our way. Remember to give what you can, be thank for what you have, and say a prayer for our soldiers overseas being made to fight these endless wars.

Thank you. And Robert, we’ll be in contact shortly to arrange the proper transfer of your new Christmas firearm.

There are less than three days to enter our newest gun raffle for a Springfield Armory Saint Victor AR-15 rifle. Join the Ten Seven Club before midnight on December 5th to win. To learn more, visit http://TenSevenClub.com and http://DefendTheGuard.US

“If war is necessary to defend American liberty and territory, let the people’s elected representatives debate and declare it,” said Sgt. Dan McKnight.

“Then get the hell out of the way and let the military, including our National Guard units, go to war, defend our nation, and immediately return home. No more endless wars of choice which are waged with no accountability or input from Congress.”

It’s the first day of December, and we are less than five days away from our special Christmas giveaway. When you become a reoccurring member of our supporters’ group, the Ten Seven Club, you’ll have a chance to find a Springfield Armory Saint Victor AR-15 rifle in your stocking this year.

All the money we receive from membership goes to the “Defend the Guard” movement. We are on track to find bill sponsors in all fifty states in 2022.

At this very moment, 340 National Guardsmen are on the scene responding to wildfires and other natural disasters in California and Colorado.

Another 11,480 Guardsmen are activated all around the United States in support of COVID-19 response and pandemic safety efforts.

And a staggering 27,480 National Guardsmen are deployed overseas to Europe and the Middle East, patrolling and working for the defenses of foreign countries thousands of miles away from home.

What do these numbers tell us about our government’s priorities? Nothing good.

I believe in putting America First, and that means putting the liberty and safety of the American people—and our veterans—above all else.

If passed, “Defend the Guard” would prohibit a state’s National Guard units from being deployed into active combat without a declaration of war by Congress, as required by Article I Section 8 of the U.S. Constitution.

When you join the Ten Seven Club, you’re standing up for the integrity America’s soldiers and her founding document. Your monthly contribution of $10 or more ensures that we can keep the pressure on state governments to kick it into gear and challenge the War Party in Washington DC.

Do your part, and sign up today for a chance to win that Springfield Armory Saint Victor AR-15 rifle, and the opportunity to end our endless wars and get our country back on track. 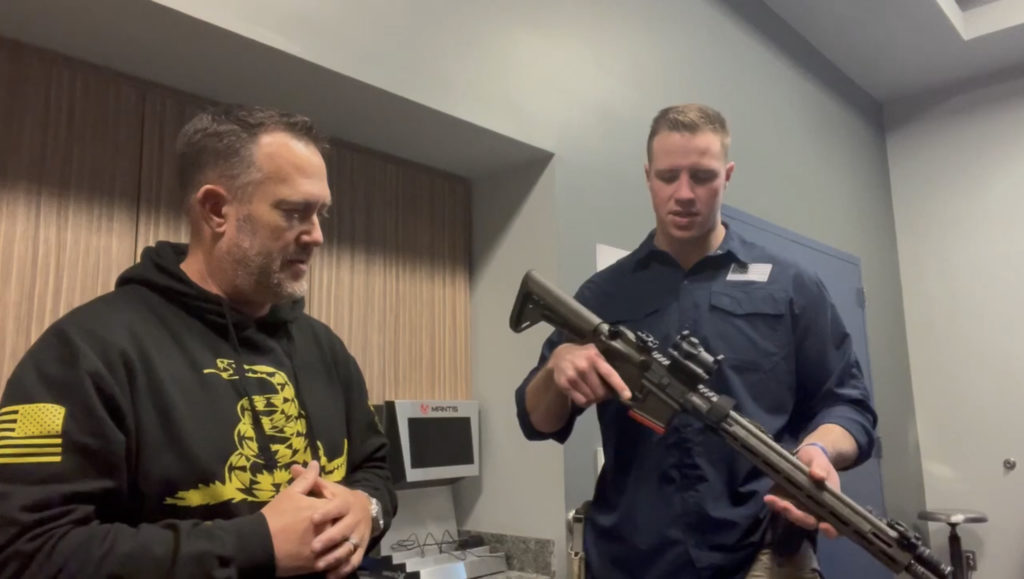 This Cyber Monday, for the first and only time, we are offering an exclusive membership deal for our supporters’ group, the TenSevenClub.com. Named for October 7, 2001, the day U.S. boots hit the ground in Afghanistan, it’s where our most committed #AmericaFirst supporters can contribute to our efforts and win special giveaways.

You can now sign up for your first month of membership for only $5! That’s a 50% discount, never to be repeated.

If you join today, you’ll be set for our biggest raffle of the year.

In exactly one week we’re announcing the winner of a new Springfield Armory Saint Victor AR-15 rifle. With a M600DF Scout Light attachment, this package has a minimum retail value of $1,450.

And it could be yours for only a $5 investment!

Signing up for the TenSevenClub.com makes you a winner no matter what because every member automatically receives an embroidered patch with the Bring Our Troops Home logo and a sticker, along with a personal thank you note from our Chairman, Sgt. Dan McKnight.

You have less than 24 hours before these incredible savings expire at midnight, November 29.

Don’t pass up the opportunity to hold a badass new rifle in your hands this Christmas, and increase your investment by a factor of two hundred and ninety!

Why not help us on our mission to end our endless wars, and enjoy some perks along the way? Go sign up for the TenSevenClub.com right now while you can!