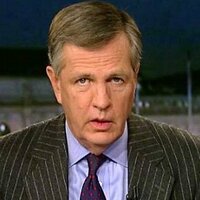 This is a hard and detailed look at some of the NY Times and Washington Post reporting on Trump-Russia. To say that reporting does not hold up well is an understatement. This is a catalog of bad journalism, most of it still uncorrected.
-----
Five years after the Hillary Clinton campaign-funded collection of Trump-Russia conspiracy theories known as the Steele dossier was published by BuzzFeed, news outlets that amplified its false allegations have suffered major losses of credibility. The recent indictment of the dossier's main source, Igor Danchenko, for allegedly lying to the FBI, has catalyzed a new reckoning.

In response to what the news site Axios has called "one of the most egregious journalistic errors in modern history," the Washington Post has re-edited at least a dozen stories related to Steele. For two of those, the Post removed entire sections, changed headlines, and added lengthy editor's notes.

But the Post's response also exhibits the limits of the media's Steele-induced self-examination. First, the reporters bylined on those two articles, Rosalind S. Helderman and Tom Hamburger, and their editors have declined to explain how and why they were so egregiously misled. Nor have they revealed the names of the anonymous sources responsible for deceiving them and the public over months and years.

Perhaps more important, the Post, like other publications, has so far limited its Russiagate reckoning to work directly involving Steele – and only after a federal indictment forced its hand. But the Steele dossier has been widely discredited since at least April 2019, when Special Counsel Robert S. Mueller and his team of prosecutors and FBI agents were unable to find evidence in support of any of its claims.

The dossier was also only one aspect of the Trump-Russia misinformation fed to the public. Even when not advancing Steele's most lurid allegations, the nation's most prominent news outlets nonetheless furthered his underlying narrative of a Trump-Russia conspiracy and a Kremlin-compromised White House.

Along the way, some journalists won their profession's highest distinction for this flawed coverage. While co-bylining stories that the Post has all but retracted, Helderman and Hamburger also share a now increasingly awkward honor along with more than a dozen other colleagues at the Post and New York Times: a Pulitzer Prize. In 2018, the Pulitzer awards committee honored the two papers for 20 articles it described as "deeply sourced, relentlessly reported coverage in the public interest that dramatically furthered the nation's understanding of Russian interference in the 2016 presidential election and its connections to the Trump campaign, the President-elect's transition team and his eventual administration."

Although neither newspaper has given any indication that it is returning the Pulitzer, the public record has long made clear that many of those stories – most of which had nothing to do with Steele – include falsehoods and distortions requiring significant corrections. Far from showing "deeply sourced, relentlessly reported coverage," the Post's and the Times' reporting has the same problem as the Steele document that these same outlets are now distancing themselves from: a reliance on anonymous, deceptive, and almost certainly partisan sources for claims that proved to be false.

Many other prestigious outlets published a barrage of similarly flawed articles. These include the report by Peter Stone and Greg Gordon of McClatchy that the Mueller team obtained evidence that Trump lawyer Michael Cohen had visited Prague in 2016; Jane Mayer's fawning March 2018 profile of Steele in the New Yorker; the report by Jason Leopold and Anthony Cormier of BuzzFeed that President Trump instructed Cohen to lie to Congress -- explicitly denied by Mueller at the time; and Luke Harding of The Guardian's bizarre and evidence-free allegation that Julian Assange and Paul Manafort met in London's Ecuadorian embassy.

McClatchy and BuzzFeed have added editors' notes to their stories but have not retracted them.

In this article, RealClearInvestigations has collected five instances of stories containing false or misleading claims, and thereby due for retraction or correction, that were either among the Post and Times' Pulitzer-winning entries, or other work of reporters who shared that prize. Significantly, this analysis is not based on newly discovered information, but documents and other material long in the public domain. Remarkably, some of the material that should spark corrections has instead been held up by the Post and Times as vindication of their work.

RCI sent detailed queries about these stories to the Post, the Times, and the journalists involved. The Post's response has been incorporated into the relevant portion of this article. The Times did not respond to RCI's queries by the time of publication.

Falsehood No. 1: Michael Flynn Discussed
Sanctions With Russia and Lied About It.

Falsehood No. 3: George Papadopoulos's
'Night of Heavy Drinking'
With the Australian Envoy

Falsehood No. 5: The Justice Department
Pulled Its Punches on Trump.
--
https://www.realclearinvestigations.com/articles/2021/11/24/five_trump-russia_collusion_corrections_we_need_from_the_media_now_-_just_for_starters_804205.html 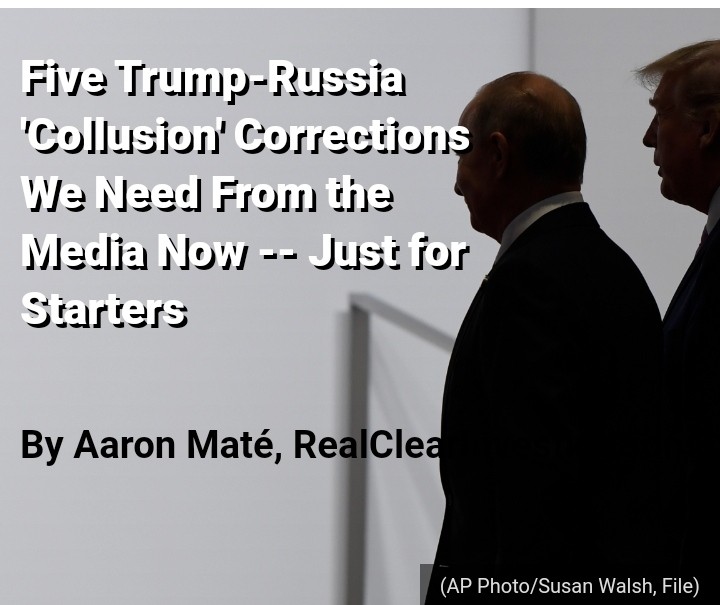