Thousands of active-duty Marines will miss the Nov. 28 deadline of the Marine Corps and Marine Corps to be fully vaccinated, as ordered by the Biden government’s military vaccine mandate, according to reports.

That still leaves as many as 10,000 active duty Marines who are not fully vaccinated, according to the Washington Post, which the newspaper characterized as an ‘annoying result’.

The thousands of Marines will join nearly 10,000 Air Force personnel who failed to meet vaccine mandates by the deadline.

There are likely to be thousands more who fail to keep the commitments as the military’s December 15 deadline approaches.

The non-compliance poses a challenge to the Biden administration — which has had repercussions, including separation from the military, for service members who fail to abide by the mandate. 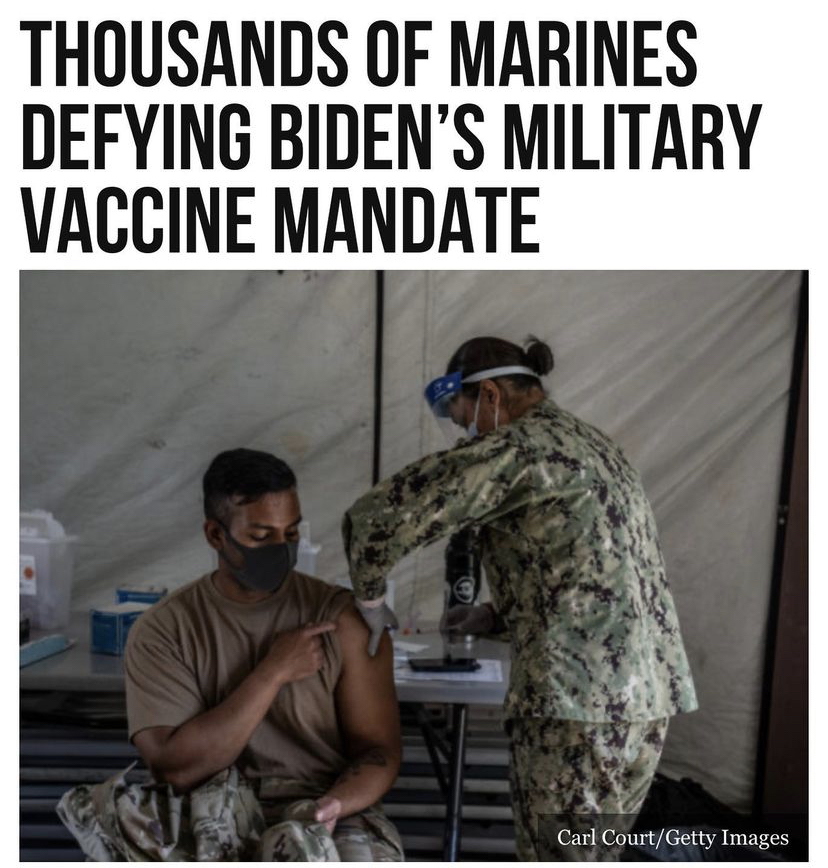