Former Vice President Mike Pence's attorneys said a “small number” of classified documents were found at his home in Carmel, Indiana last week. The National Archives and Records Administration was notified Wednesday. Attorneys for Pence stated that after the documents were found in Biden's home he had a team audit records kept in his residence, “out of an abundance of caution." FBI agents were sent to Pence's home Thursday to retrieve the documents.

Both Biden and Pence stated before the documents were found that they were “confident” no classified materials were in their possession from their White House tenure.

In reference to the discovery of classified documents found in Biden's home, before his own discovery, Pence said, "The handling of classified materials and the nation’s secret is a very serious matter and as a former vice president of the United States, I can speak from personal experience about the attention that ought to be paid to those materials when you’re in office and after you leave office. And clearly, that did not take place in this case.” 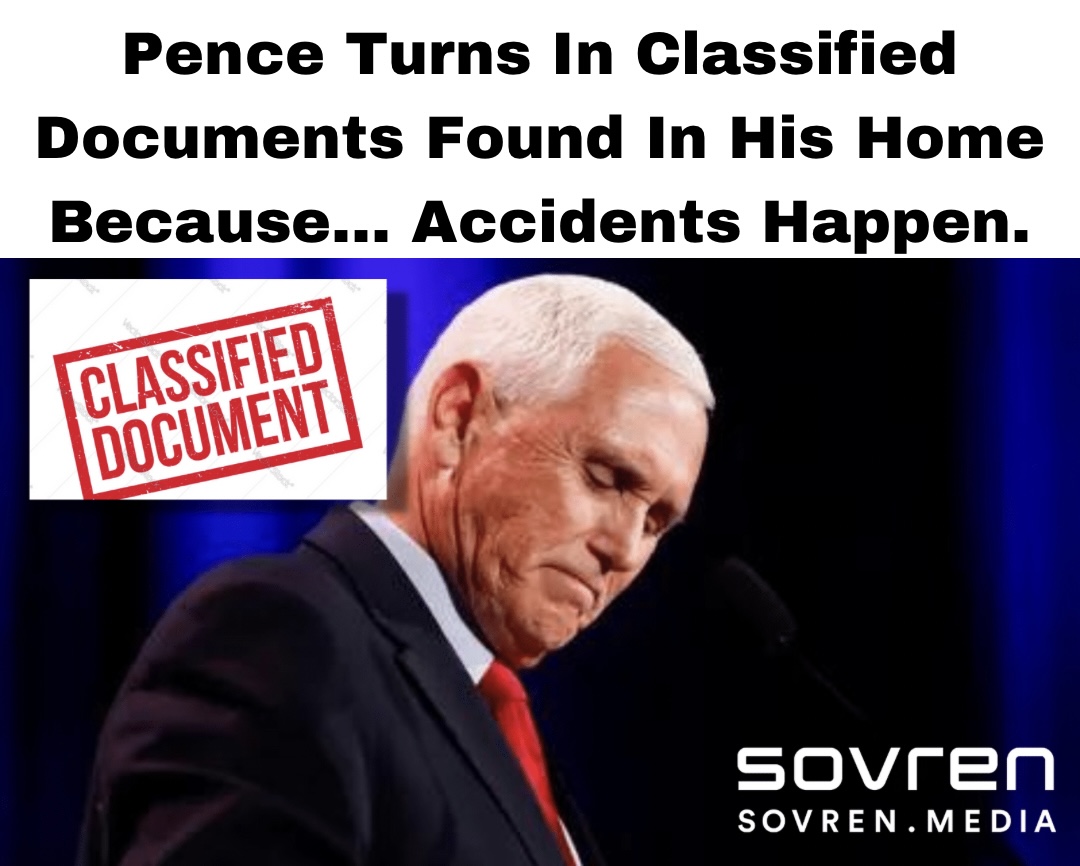