Since 1947, the Bulletin of Atomic Scientists has kept what is known as the "Doomsday Clock." The Doomsday Clock is a symbol that represents the likelihood of a man-made global catastrophe. These scientists collect and gather data in life science and technology that could potentially wreak immutable harm to the planet. On Jan. 24th the Bulletin of Atomic Scientists announced that the Doomsday Clock is now set to 90 seconds to midnight, the closest it has ever been.

What are the stated culprits?

The threat of nuclear destruction, a collapsing supply chain, and exacerbating climate disasters are all reportedly attributing to this step closer to the apocalypse.

“Today, the members of the science and security board move the hands of the Doomsday Clock forward, largely, but not exclusively, because of the mounting dangers of the war in Ukraine,” Rachel Bronson, CEO of the Bulletin, said in the announcement. “We move the clock forward the closest it has ever been to midnight.” 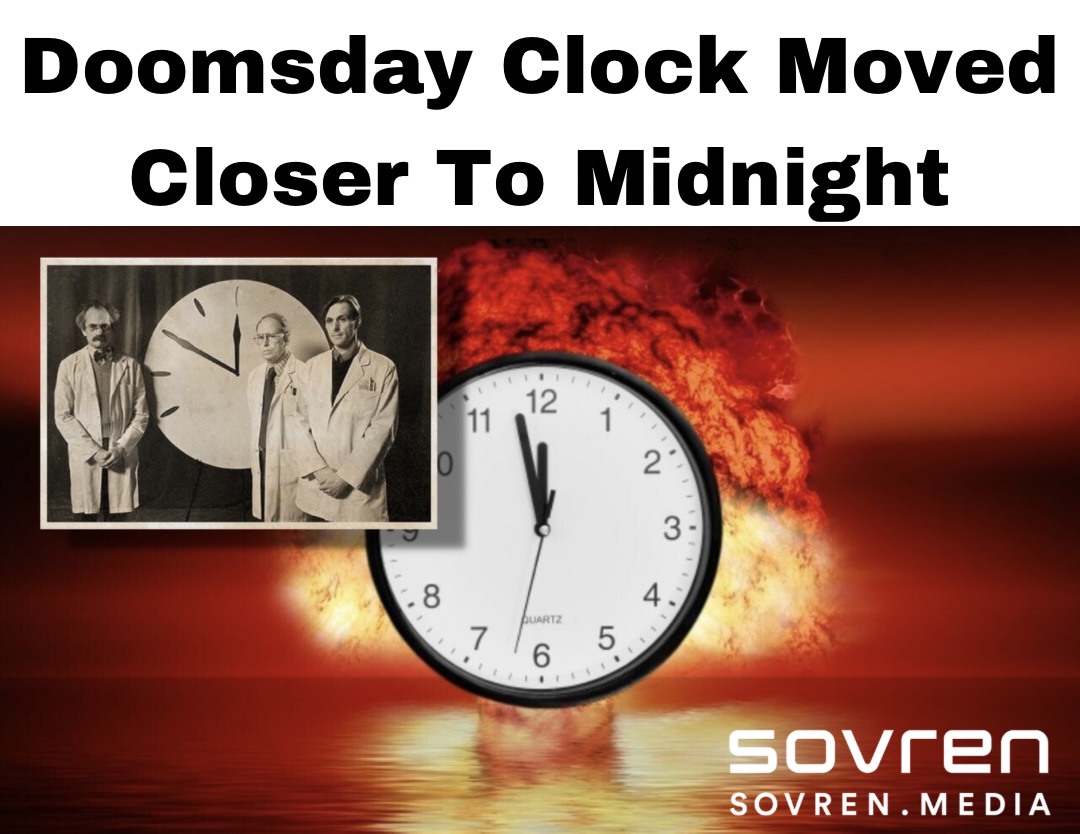