The G20 is an intergovernmental forum comprising 20 countries and the European Union who work to coordinate global policy on trade, health, climate, and other issues. This year, Founder and Executive Chairman of the World Economic Forum, Klaus Schwab, who insisted that the 'Great Reset' will "solve a fundamental lack of social cohesion," was one of the summit's esteemed guests.

During the meeting, Schwab announced his plans for a "Deep Systemic and Structural Restructuring of Our World."

Schwab spoke of "an economic, political, social and ecological and institutional crisis." He said, "Actually what we have to confront is a deep systemic and structural restructuring of our world. And this will take some time. And the world will look differently after we have gone through this transition process."

During the height of the COVID-19 pandemic Schwab remarked that, "The pandemic represents a rare but narrow window of opportunity to reflect, reimagine, and reset our world."

The leaders at this year's summit drafted and signed a declaration to adopt vaccine passports with the purported goal to to “facilitate” all international travel.

In a report following the conclusion of the summit, the G20 leaders reiterated their commitment to “move towards interoperability of systems including mechanisms that validate proof of vaccination, whilst respecting the sovereignty of national health policies, and relevant national regulations such as personal data protection and data-sharing.”

During a Business 20 (B20) panel held ahead of the G20 summit, Indonesia’s Minister of Health Budi Gunadi Sadikin expressed his support for a 'Digital Health Certificate.'

“Let’s have a digital health certificate acknowledged by WHO. If you have been vaccinated or tested properly, then you can move around... So for the next pandemic, instead of stopping the movement of the people 100 percent, which stopped the economy globally, you can still provide some movement of the people."

It appears a "pandemic amnesty" is off the table. At least until we conquer the next global pandemic. 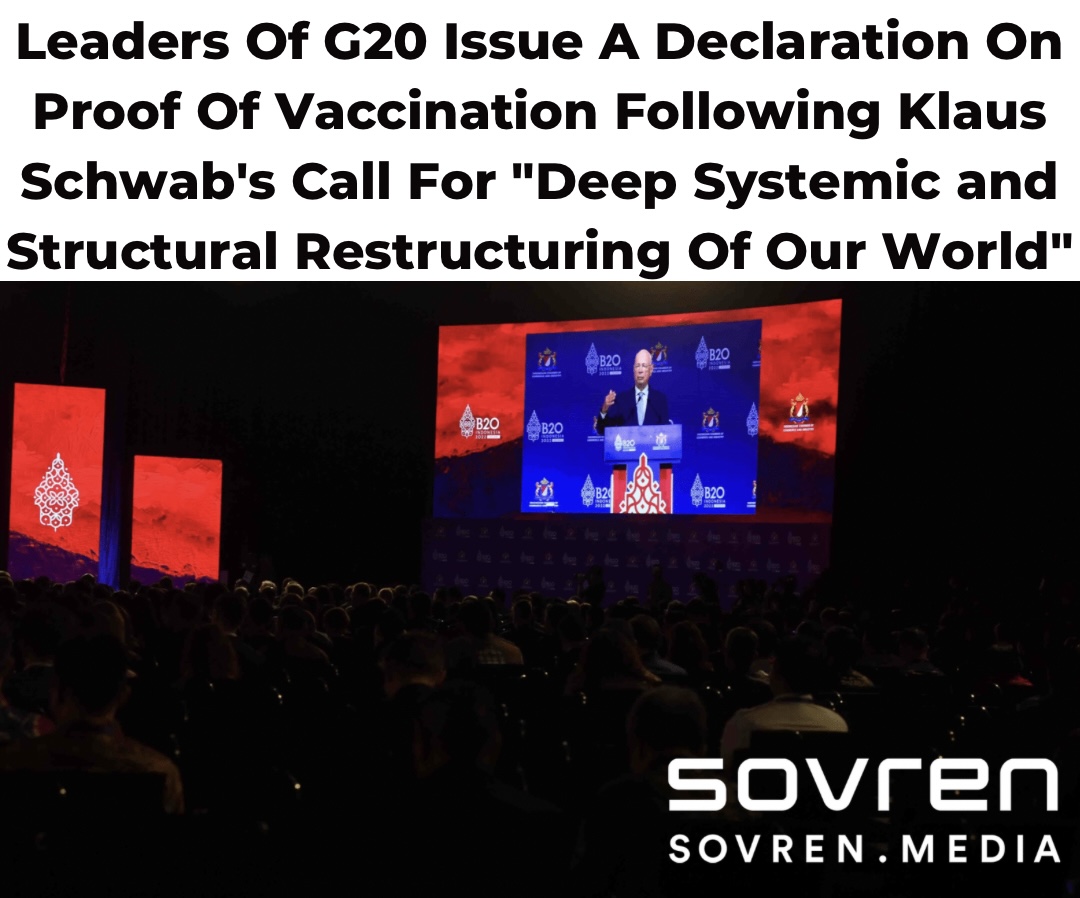