Arizona's attorney general's office has demanded a response from Maricopa County
"pertaining to issues related to the administration of the 2022 General Election in Maricopa County."

Last Thursday, Republican candidate for Arizona governor, Kari Lake said she would not concede her race and vowed to “fight on." It appears she may have some help now.

Maricopa county election officials have stated that at least 60 voting locations experience significant issues with their ballot on demand printers.

The letter from the AZ Attorney General's office cites multiple state law violations in the chaotic, voter-disenfranchising administration of the Maricopa election. 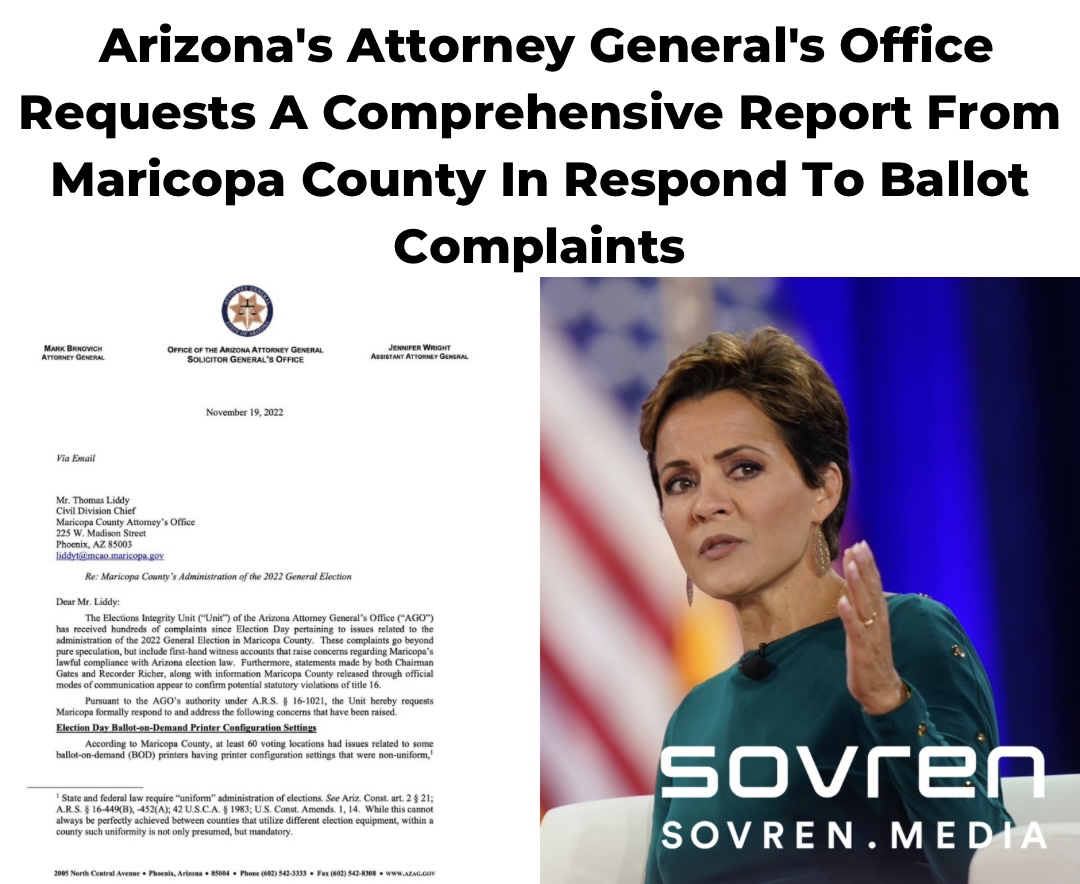