I'd never be so arrogant to believe that I know what is best for everyone else.

I would never be so malicious to point government guns at others to implement my preferences.

I wouldn't expect you to share my values nor would I ever demand that you do.

These are commonly agreed-upon sentiments yet when people step into the voting booth these acknowledgments vanish and disappear. Never is "might make right" okay. Never should we adhere to the will of the collective simply because they are the majority. If we respect individuals, personal decisions, consent, diversity, and freedom of association, we should never demand that our neighbors be forced to obey our subjective beliefs under the threat of violence.

The truth is democracy is nothing more than 'might make right' legitimized and legalized. When 51% can force 49% to abide by their ideals through voting and edicts it's mob rule. This shouldn't be controversial, especially in a society that caters to "diversity," but decades of propaganda has been beaten into your head about the virtues of Democracy and how it's the only fair, legitimate and moral form of government. It harkens back to the similar fallacious concept that "YOU ARE THE GOVERNMENT!" Well, I am here to tell you that is BULLSHIT!

The sooner we can collectively acknowledge that no man has natural authority over another man, legitimate authority can only be derived from consent and a majority decision does not nullify the choice of the individual to not consent, the sooner we can lay rest to this collectivist fantasy utopia that has ushered in decades of destruction and begin to yet again champion the smallest minority on earth, the individual. 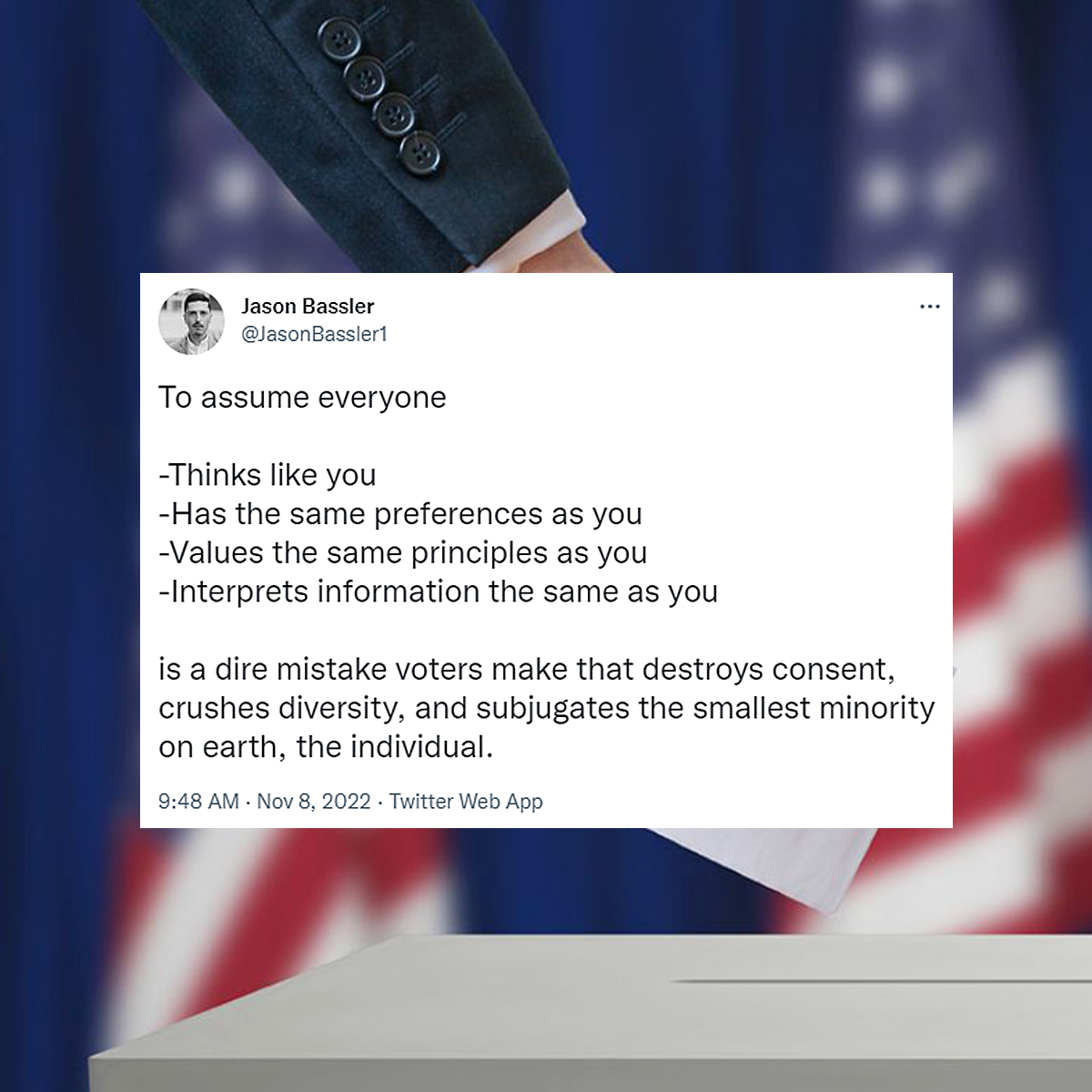