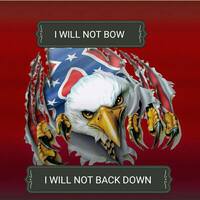 Whale of a Story
Bible in a Year:
Proverbs 16–18
2 Corinthians 6
The Lord commanded the fish, and it vomited Jonah onto dry land.

Jonah 2:1–10
Michael was diving for lobster when a humpback whale caught him in its mouth. He pushed back in the darkness as the whale’s muscles squeezed against him. He thought he was done. But whales don’t prefer lobstermen, and thirty seconds later the whale spit Michael into the air. Amazingly, Michael had no broken bones—only extensive bruises and one whale of a story.

He wasn’t the first. Jonah was swallowed by “a huge fish” (Jonah 1:17), and he stayed in its belly for three days before being vomited onto land (1:17; 2:10). Unlike Michael, who was caught by accident, Jonah was swallowed because he hated Israel’s enemies and didn’t want them to repent. When God told Jonah to preach in Nineveh, he caught a boat going the other way. So God sent a whale-sized fish to get his attention.

I appreciate why Jonah hated the Assyrians. They’d harassed Israel in the past, and within fifty years they'd carry the northern tribes into captivity where they'd vanish forever. Jonah was understandably offended that Assyria might be forgiven.

Jesus, please show me how to love my enemies as You love them. Amen.