All 57 lawmakers who voted against the bill were Republicans who pointed to the national debt crisis and the bill having not yet been paid for.

While inflation continues to spike many believe these Ukraine aid packages are exacerbating our crisis at home. In some states out-of-stock numbers have reached as high as 54% and prices are surging nearly 18% nationwide.

“I know that families all across America are hurting because of inflation,” Biden said in a speech from the White House. “I want every American to know that I am taking inflation very seriously and it is my top domestic priority.”

Can America afford to engage in another foreign war? 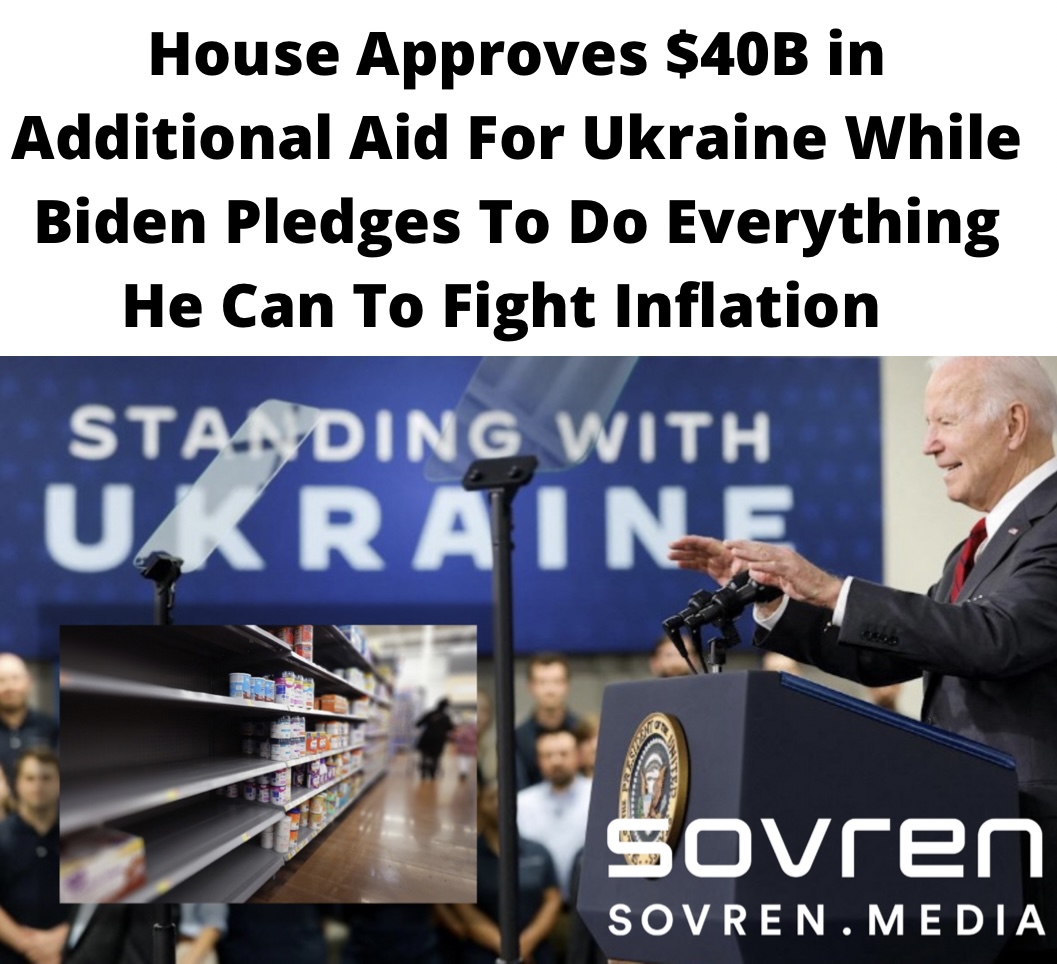